In 1851, Vincenzo Faffa founded the bakery (Forno Faffa) in the small town of Ponte Valleceppi located at the base of the city of Perugia. Today his great-great-grandson, named Luigi in honor of the son of his ancestor, continues the artisanal tradition of bread making established so long ago by carefully selecting the finest of basic ingredients, always focusing on quality.

The bread is made as it once was. Strictly observing old customs, it’s kneaded and worked by hand with natural yeast and “mother dough,” using stone ground wheat and whole meal flours exclusively sourced from the surrounding area.

The bread is slowly baked in a wood-fired oven fueled by typical Mediterranean plants such as oak, beech and ilex. This slow-cooking method gives the bread its extraordinary scent and a freshness that lasts for days.

Currently, Forno Faffa produces about twenty different types of bread whose flavor takes us back in time when bread was the King of the Table. Of particular note are: Farmer’s Bread (<strong>describe the bread</strong>), Homestyle Umbrian Bread (a hard, crusty bread made without salt), Rustichello (a large round loaf), Whole Meal Bread (prepared with stone-ground flour), Grissini (long, thin breadsticks stretched by hand), Freselle (twice-baked Pugliese-style bread rings made from durum wheat) and Trucioli (short, wide breadsticks).

Among Forno Faffa’s other specialties are baked goods prepared in the typical Umbrian tradition: Torta di Pasqua al formaggio (the savory Easter bread loaded with cheese), La Torta Dolce pasquale (a sweet Easter cake with raisins, cinnamon and candied fruit), il Torcolo di San Costanzo (the ring-shaped cake made with pine nuts, raisins and candied fruit in honor of one of the patron saints of Perugia), la Ciaramicola (a round cake marked by a distinctive red color from the addition of the liquor Alchermes and contrasted with a white meringue and pastel-colored confetti sugar), Tozzetti (hard biscotti with almonds and anise); Fave dei Morti (soft cookies made with almond paste and covered in fine sugar; so named because they’re prepared around the first of November in recognition of All Saints’ and All Souls’ Day), Amaretti (another type of almond cookie) and Pinoccate (a very sweet, rhombus-shaped cookie made with pine nuts, a Christmas holiday staple since medieval times).

At this juncture, it is worth rememberingIt an event that occurred at the end of the 2nd World War, when the retreating Germans also formed in Ponte Valleceppi the front line and in the surrounding hills positions of antiaircraft betting against the bombers of the Allies, who were trying to bring down the bridge over the Tiber River to prevent the retreat (a part of the bridge collapsed anyway, but for German hands that made him mine from the local population).
We are more or less in the first months of 1944.
So the German command took possession of our oven to make bread for the troops, while at the same time my grandfather Enzo continued baking for the needs of the local population.

A morning, during one of the many checkups by the German generals, to check that the number of  pieces of baked bread was the same as fired, the officer came to the bakery long before the bread was baked.
We are in a time of war, people are hungry, there is already in force the card supply, my grandfather taking advantage of the absence of the officer had managed to bake a loaf of bread in the most concealed somewhere.

In seeing the early arrival of the officer, my grandfather who was assigned only to the control of production (indeed, the Germans paid all the flour consumed) and the two young German soldiers put themselves to work at the bakery, felt lost theyself: “… they shoot us all …!” was the common thought.

Instead, my grandfather was able to distract the officer while he was counting the loaves of bread and the young German soldier with lightning move inserted under his shirt the hot loaf.

The officer, checked that the number was exact, walked away after saying goodbye, just in time for the German soldier that fell to the ground unconscious.

My grandfather immediately called his mother, who lived upstairs. In fact the bakery was inside the house of Faffa’s (Piazza Matteotti, number 3) since immemorial times: exactly  below street level and this was the reason why during the bombing, the wood fire oven did not suffer irreparable damages, although the house had been hit.

Immediately the shirt of the poor soldier was opened and the loaf of bread, still hot, was removed and with it came out even parts of living flesh.

The dismay mixed with the fear and the pain was unbearable, but it was decided not to call the town’s doctor and to wait for the night so as not to arouse suspicions in the Germans.

So it was that the mother of my grandfather (Mrs Anna Bonaca) took care of this young German soldier, wrapping him in hemp cloths that were used for bread, keeping them constantly moist.

The soldier was saved, the Germans left again and the front moved further north.
My grandfather Enzo told to his children, not without emotion, that  the young German saying goodbye to my great-grandmother, told her: “You are a good mom … I have also a good mom in Germany ..”.
So a few years later the end of the war  my grandfather moved to the premises at number 7 of Gramsci street. 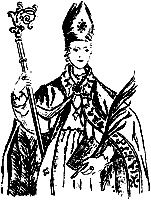 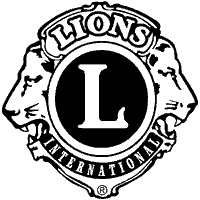 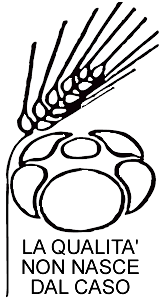 Send us a message